Radiopete is East London based Pete Day.   The audio features on this website were originally broadcast on NuSound Radio 92FM.  Broadcasting from Forest Gate in East London, NuSound Radio can heard locally on 92FM, on DAB in some parts of London and streamed live on the web. 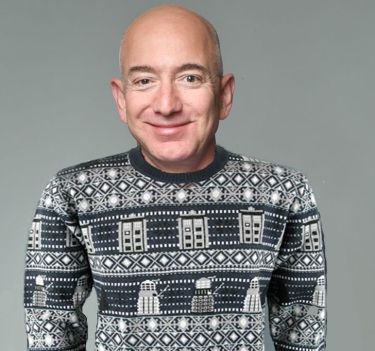 Special Christmas 2021 fun feature where RadioPete wins the chance of a lifetime trip into space courtesy of Jeff Bezos, multi-millionaire founder and owner of Amazon. 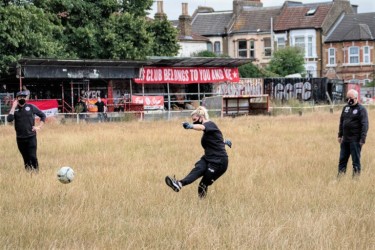 Clapton Football Club have been playing football at the Old Spotted Dog Ground in Forest Gate since 1888.  Following a series of investigations by the Football Association and the Charity Commission, the club went into administration and was evicted from its historic home.  Clapton Community Football Club have recently bought the freehold to the ground and local volunteers are working to get it back into condition for the return of the Tons.

Ilford Football Club can trace their roots back to its foundation in 1881.  NuSound Radio 92FM met up with Club President Michael Foley who has recently published “Resurgam”, a book tracing the clubs history.

Niamh Connole and her father have set up a library inside a telephone box in Forest Gate.  Statues have suddenly become something that everyone either wants to remove or erect in East London 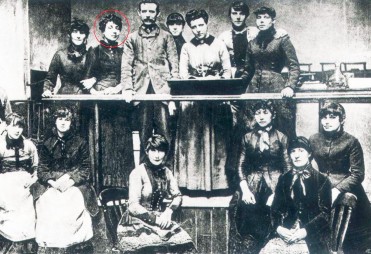 In 1888 the Matchgirls at the Bryant & May factory in Bow went on strike and won an important victory for workers and women’s rights.  NuSound Radio 92FM spoke with Sam Johnson from the Matchgirls Memorial Trust about the events themselves and her Great Grandmother (Sarah Chapman) who was one of the original Matchgirls.  Also concerns about protecting Sarah Chapmans grave at Manor Park Cemetery

East London has one of the worst mortality rates in the country from Covid19.  NuSound Radio 92FM asked local GP and campaigner for the NHS, Dr Coral Jones, what has gone wrong.

The Spotted Dog pub in Forest Gate is a Grade 2 listed building and has been derelict for years.  NuSound Radio spoke with Roy Wenborne from the Save the Spotted Dog Campaign to find out about planning permission that has recently been granted for a scheme to refurbish the pub along with an associated hotel and meeting rooms.

Dr Alex Aldren left medicine to become an opera singer but has recently returned to work at Barts Hospital on the frontline in response to Covid19.  Along with the Barts Choir he aims to raise money from a charity recording.

With London City Airport temporarily closed due to Covid19, local people are getting a bit of a respite from the usual noise and pollution.  NuSound Radio 92FM took the opportunity to meet up with John Stewart from the campaign group HACAN East.

With lockdown restrictions gradually being eased, many people are being encouraged to return to work whilst avoiding using public transport. Some people have got into their cars whilst others are walking or cycling. NuSound Radio 92FM met up with Arnold Ridout from Newham Cyclists about plans they have drawn up to maintain social distancing and ensure roads do not become gridlocked.
Broadcast 14/05/20 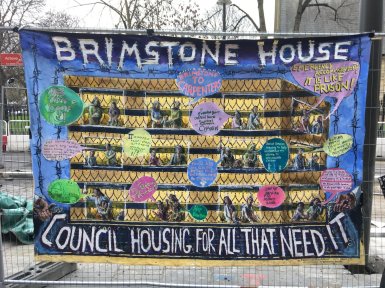 Former resident of Brimstone House in Stratford, Egwolo Ekregbesi, talks about her own experiences of living in the temporary accommodation managed by Newham Council.  An active member of the Focus E15 housing campaign, she also describes her experiences of being in lockdown and makes some suggestions as to how the housing crisis in East London could be tackled